Our Cadet girls played Ballingarry on Friday, the 20th of October. The girls continued their winning ways on a score line of 48-21. A great team performance including our top scorers Eimear Boland 14 points, Ciara Lyons 14 pts, Emma Shelly 8pts, Leah Maguire 6pts. Next up, Cashel at home.

On the 7th of November, our Senior girls beat Cashel on a scoreline of 72-18. All players got their names on the score sheet including Meibh Maher 22pts, Grainne Horan 10pts, Lauren Dowling 8pts, Sophie Ryan 4pts, Eimear Lanigan 4pts, Lisa Millerick 5 pts, Eimear Boland 8 pts, Katelyn Reilly 9pts and Chloe Healy 2pts. At half time, our three Seniors were presented with a pendant on their last home league game for the school.

Congratulations to Lauren, Lisa and Grainne and thank you for all the service you have given to Scoil Ruain.

Well done to our Cadet girls who also beat Cashel on a scoreline of 47-26. A great win despite missing four key players. A strong team performance and our second years really shone through today to get the win. Great scores from Chloe Healy and Eimear Boland ensured the win.

Both teams are now through to the semi finals with home advantage. 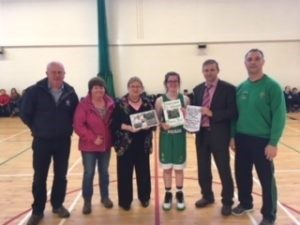 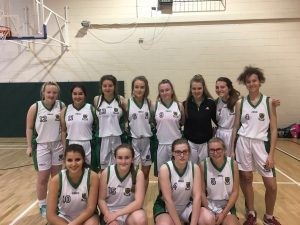 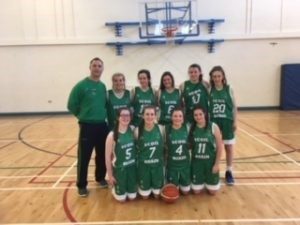 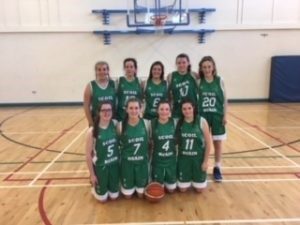 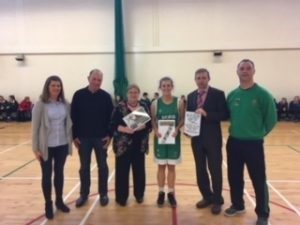 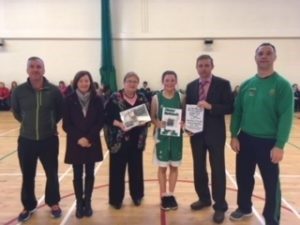